Scandalous Shtepa back in Slavyansk, deciding to be treated at home 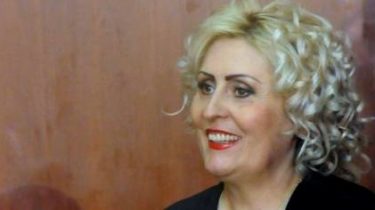 The ex-mayor of Slavyansk Nelia Shtepa was discharged from the Kharkiv hospital where he was hospitalized from the courtroom with a hypertensive crisis.

She is now undergoing treatment at home in Slavyansk, Interfax reported.

“Nelia I. already at home. Now she receives treatment (IV drips, injections – all that is prescribed in Kharkiv the doctor) at home, at his residence,” said her lawyer Dmitry Marchenko.

According to him, Shtepa refused day hospital out of fear that it can be regarded as a violation of the round-the-clock house arrest.

“We tried to explain to her that in this case a violation of not talking, but she is very afraid that the court might again be arrested,” – said Marchenko.

We will remind, the scandalous former mayor of Slovyansk Nelly Shtepa released from jail under house arrest. The Kharkiv court considered the extension of a measure of restraint to Stay and decided to release her from behind bars.

In turn, the judges reported how it happened that Shtepa released. Because the article in which the woman is accused, in particular, the encroachment on the territorial integrity of Ukraine do not provide for other measures of restraint other than detention. According to the judges, Shtepa was sent home because of health status – during the examination she was diagnosed with hypertension and diabetes. And in jail need treatment, say the judges, suspected to not be able to. The risk that Shtepa could escape or influence witnesses – judges did not see.