The energy Ministry said, will be known when the new price of gas for Ukrainians 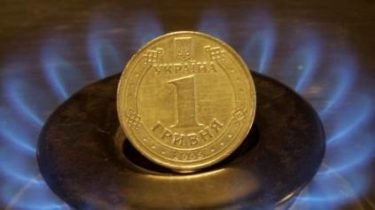 The Cabinet decided not to change the price of gas for the population, has not held negotiations between Ukraine and the International monetary Fund.

This was stated by the Deputy Minister of energy and coal industry of Ukraine Igor Prokopiv.

“While we have frozen the price”, – he stressed.

According to Prokopov, discussion of pricing will take place next week in Washington.

“The negotiations will continue next week in Washington, there goes the Minister of Finance of Ukraine (Oleksandr danylyuk – approx.ed.)”, – added the Deputy head of the energy Ministry.

Earlier, the government delayed the publication of prices for gas for the population on the level of import parity in the period from October 1, 2017 March 31, 2018. This means that Ukraine continues to operate while the old value (its final figure for domestic consumers – 6957,90 UAH per thousand cubic meters).

As reported, according to the methodology for determining the cost of gas import parity established by decree No. 187 dated 22 March 2017 from 1 October 2017, the price of gas for the population and CTV would have to grow by 17.6%. This mechanism was agreed with the IMF earlier this year.