A fight with a seven-meter Python and a new provocative stunt by trump. Trends Network 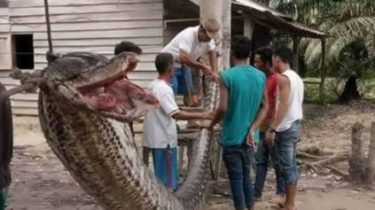 Team TSN.ua collects for daily readers of the major trends of social networking – the key discussion topics of users, jokes, funny fotozhaby and most popular videos of the last days.

Today, October 4, discussing one of the largest pythons, still seen by man: in Indonesia, killed a huge snake with a length of 7 meters. And here in Sweden a local resident managed to remove the phone theft pizza with his own car. The culprit was a Fox.

Politics – the eternal heroes of the discussions in the social media again lit up in trends. In particular, Donald trump, which is not surprising. His new trick was the throwing of towels is affected by the hurricane.

In anticipation of the release of “blade Runner 2049” to all fans of cyberpunk should be careful not to watch the trailer. In social networks warn that the latest roller – spoilery.