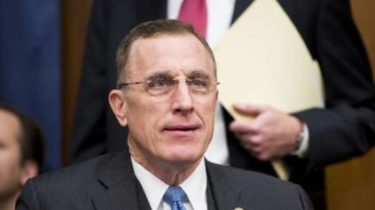 After the scandal of adultery and of the Council of the mistress to have an abortion us Congressman Tim Murphy announced that he would not seek re-election.

It is reported by the Pittsburgh Post-Gazette.

“After discussion with family and staff, I came to the decision that I will not be re-elected to Congress at the end of my term,” said the Republican.

“I plan to spend my last few months in office, continuing to work as a national leader in reforming mental health and issues related to families who work for southwest Pennsylvania,” he added.

Earlier there was a scandal because of reports of a mistress Murphy Shannon Edwards, who accused the Congressman that he has no right to speak against abortion after I told her to get rid of their child.

However, Murphy did not comment on any reports of adultery and the Council to have an abortion, no recent complaints of workers about the fact that he is the evil boss.

We will remind, recently in the United States Congressman angered the public with his video of the Auschwitz concentration camp. Officials have already had to apologize for the rash act.

Videoamerican Congressman going to jail for indecent correspondence with a schoolgirl