Deputies adopted the law on cyber security of Ukraine 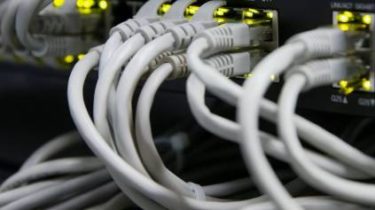 The Verkhovna Rada adopted in the repeat second reading and in whole draft law on basic principles of ensuring cyber security of Ukraine.

For the corresponding bill voted 257 deputies.

“Digital doors are open and secured. Bill No. 2126а on the cyber security of Ukraine adopted in the repeat second reading, with amendments”, – is reported on the official website of the Verkhovna Rada on Twitter.

We will note, the document was put into the legislation a number of concepts: cyber attack, cybersecurity, indicators of cyber threats, critical infrastructure, and established the powers of the State special communication service of Ukraine, SBU, Ministry of defence, armed forces, intelligence and national Bank.

There! Digital doors are open and protected#ЗП2126а on the cyber security of Ukraine adopted in the re-2 cheat with revisions
SN➡it’s amazing https://t.co/Qiqm26F9ce pic.twitter.com/zMf5V774nV

We will remind, on June 27 Ukraine struck by a massive hacker attack. About the virus Petya.A about 14 hours reported by banks, government and commercial enterprises.

All the virus had struck the computer system “Ukrenergo”, “Kyivenergo”, “Epicenter”, Kyivstar, Vodafone, Lifecell, ATR channel, “Ukrzaliznytsya”, Kiev metro, Sberbank, “New Mail”, the airport “Borispol”, a network of gas stations WOG, “Ukrgasdobycha” and others. Also “under attack” hit and the website of postal and telecommunications of Ukraine.

After a powerful attack by the virus-the extortioner Petya to Ukrainian enterprises, institutions and organizations on June 27, the NBU decided to create the cyber defence Centre.

On 1 July, the security Service of Ukraine has declared that it managed to establish the involvement of Russian secret services to attack the virus-the extortioner Petya.A. But in the “state Duma” such a statement is called a “fake.” The main purpose of large-scale cyberattacks virus Petya.A SBU called destabilizing the situation in Ukraine.