In Marinka Ukrainian military and Ukrainian civilians shot by snipers 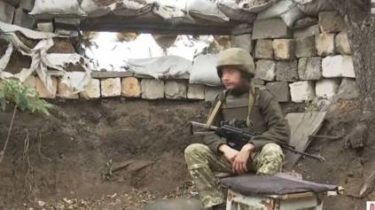 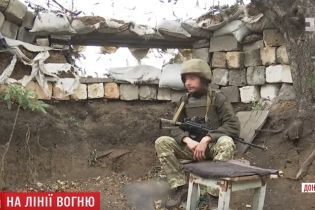 By Marinka in the Donbass intensified, the militants snipers. Hit it right, the bullets fly into the breach.

Soldiers say it’s not from here, not “miners”, because zestica as Ukrainian soldiers and civilians. This is stated in the plot of TSN.19:30.

Under cover of the sniper fighters working and mortars. Marinka – again, minus one house.

In one of the city Marinka no surviving buildings. The last house where the citizens lived, already empty. The roof in the holes, a summer kitchen in ruins.

“The children went to school and after 15-20 minutes it happened, the arrival was the 82nd mines or 120th,” – said the Deputy battalion commander Vadim Krygin.

Why are there only yard debris from the shells of heavy caliber and the ammunition antitank grenade launchers. These houses in Marinka militia terrorizing intentionally.

“They, in General, the local population, which not went there, considered traitors,” explains Krygin.

From the other side and shoot at military and civilian. Especially the sniper. A few weeks ago, shot a grandfather and got to Ukrainian soldiers. Therefore, even in broad daylight, in full growth, no one goes between the posts – only dashes.