In the Kyiv region in road accident with bus of national guard military were killed, 8 people injured 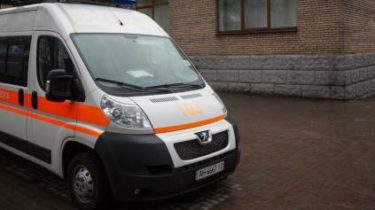 Today, October 5, around 7 am in the Kyiv region happened fatal accident: one person was killed and 8 were injured.

About it reports General Directorate of national police in the Kiev region in Facebook.

It is noted that the accident occurred in the Vyshgorodsky area. Passenger bus service “Dymer – Kiev” has faced bus of National guard of Ukraine, which was moving in the column.

In the Rivne region, the police suspect in a fatal accident and fleeing the scene of an accident

In the accident, a soldier was killed, 7 soldiers and one passenger public transport with various injuries taken to hospital.

“At the scene works investigative team of the police. Turns out all the causes and circumstances of the accident. Will be assigned the appropriate expertise. Investigators opened criminal proceedings under part 2 of article 286 (Violation of safety rules of the road, if they entailed death of the victim or caused heavy injury) Criminal code of Ukraine”, – stated in the message.

We will remind, in the Skole district, Lviv region faced two trucks, killing one of the drivers was killed. The accident occurred today, October 4, at about 01.00 on the highway “Kyiv – Chop” in the village Kozyova. Police found that a truck with a refrigeration unit BAS Trucks has faced truck “MAN”. Due to injuries, 60-year-old truck driver died on the spot.