Promulgated a law on de-occupation of Donbass: the pitfalls and the strengths of the document 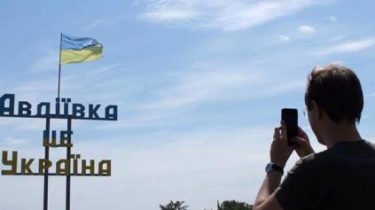 The law on de-occupation of Donbass finally released. President Petro Poroshenko formally submitted it for consideration to the Verkhovna Rada.

The law officially enter to the Ukrainian legislation, the fact of aggression of Russia, clarifies the powers of the army and at the same time legitimizes the Minsk agreement. Special self-government in the occupied Donbas, the President introduced a separate bill that proposes to extend the regime that has not started to act, for another year.

Russia carries out armed aggression against Ukraine, organized and supported terrorist activity on our territory, referred to in the preamble of the law. And failed to traditional Russian trick called “we were there”, the law States: Russia’s actions not only directly, but also through its controlled mercenaries, establishing the occupation administration in the occupied territories. This implies, in particular, to make impossible the participation of Russians in international peacekeeping mission in Ukraine. Concerning the introduction of peacekeepers, the law or the word, because there is still no appropriate decision of the UN security Council.

From the text, removed the provision to extend for a year of special self-government in the Donbass. Because many deputies, particularly from the coalition “people’s front” said that will never vote for a law with this item. The continuation of self-determination for another year, as demanded by France and Germany, the President introduced another, separate bill.

But in the law on the Donbass remained seventh article, which actually legitimizes the Minsk agreement. It is also criticized. Because the Minsk protocols outside the international legal field. They were signed by non-state actors: the representatives of militants and Ukrainian ex – President Kuchma, and even these agreements are not ratified by anyone. However, the law States that only part of protocols for security. But in this way the Ukraine can fall into the trap imposed by Russia of the agreements, fear of the deputies:

“If we recognize that we must perform part of these agreements, this means that we need to implement another part of the agreements, which provides for political action. They concern amendments to the Constitution. In the second place it concerns the elections to control the border.”

Also “it will mean that Ukraine has undertaken to respect the Minsk agreements, including the provision of an Amnesty for all combatants that she agreed to be committed to the Constitution and the laws of the special status of these territories”.

The law has authorized the military to conduct operations in peacetime. It sounds absurd, but these are the realities of hybrid warfare. In fact, the war Ukraine is not declared, and therefore, it was necessary to hedge in case Russia or its puppets will be inspired by the trials against the Ukrainian military.

The President has designated the law on the Donbass, as urgent and immediate, so that to consider it may begin tomorrow.