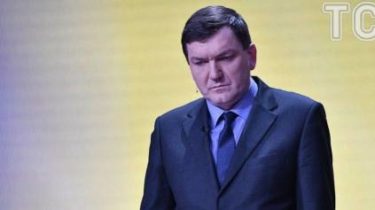 Changes to the criminal procedure Code, which Parliament passed on October 3, in the case of entry into force will lead to the closure of all criminal proceedings concerning all crimes committed during the Maidan, which is now being investigated.

Comments about this Tiiny said the head of the Department of special investigations of the Prosecutor General of Ukraine Serhiy Gorbatyuk.

“Yesterday, the Verkhovna Rada adopted amendments to the criminal procedure Code. In particular, taken into account and amendments of the people’s Deputy Andrey Lozovoy. According to these changes, all the production that we are investigating in the crimes against the Maidan, after the law came into effect will have to be closed”, – he said.

NABU urged Poroshenko to veto changes to the CPC, which was adopted by the Parliament

The amendment proposed Lozovo, provides that if the investigation during the year will not be able to set suspected of committing a crime, it will be obliged to close the proceedings.

“The amendment he determines that the investigator will have six months to investigate the total period and for a further six months time may extend the court. All. Other options for the extension are not provided,” – said Gorbatyuk.

The representative of the GPU also noted that in the proposed MP-radical changes do not exist, the transitional provisions that would regulate the rules of already existing investigations.

According to the Gorbatyuk, now the Department of special investigations is the production, which will soon be four years.

“Why is that? For example, we have proceedings on the fact of the crime and an unidentified person. When there is a suspect faktovye case we allocate a separate proceeding, declare the person a suspect and stop the investigation to date was expired. And against other unidentified persons continue to investigate in faktovoe. But now faktovoe criminal proceedings subject to the law, which yesterday took the Verkhovna Rada. Therefore should be closed. I have no words,” – said Gorbatyuk.

Employee HCP believes that he had a conflict of interest when it amended.

“According to the law on prevention of corruption, MP Lozovoy, which had amended the code of criminal procedure, had a conflict of interest. And he had to notify the leadership of the Parliament that it amends the law under which it is prosecuted. And the leadership of the Parliament and his colleagues of the Committee must indicate on the conflict. However, this is not done and changes have taken place,” – said Gorbatyuk.

Previously to the draft judicial reform MPs have submitted a record number of edits – 5,5 thousand. The project of judicial reform in the presidential edition was indignant “Batkivschyna” and “Samopomich”. Say the judges, whose competence and engagement are often in doubt, get full power over the participants in the process. They will have the right to assign large fines and even criminal penalties for minor violations.