Reva said, as there will be an increase in pensions 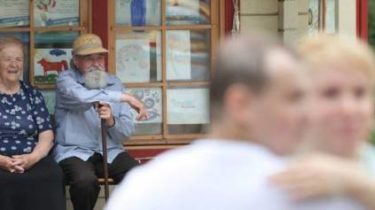 The Minister of social policy Andrei Reva said that the increase in pensions from 1 October will occur automatically.

“All the recalculations of pensions will be made without consulting seniors,” said Reva.

In addition, from 1 October 2017 will be recalculated and updated all previously granted pension by the same rules of calculation of pensions, regardless of in what year was granted a pension.

We will remind, Rada approved the draft law launches pension reform. The document restores the differentiation of pensions depending on the received income and insurance experience. In addition, must be a renegotiation of the allocation (indexing) pensions, and the annual recalculation of pensions by increasing the average wage.

Videopersonal reform will increase the level of pensions for 140 UAH

After the adoption of the laws on pension reform , the minimum pension in Ukraine will increase by 11% (140 UAH) – from current 1312 1452 UAH to UAH for those who have sufficient insurance experience.

From October 1 to assignment and recalculation of pensions applies a living wage stipulated by the state budget on December 1, 2017. That is, from October 1, the subsistence minimum for retirees who have full insurance will be 1452 UAH.