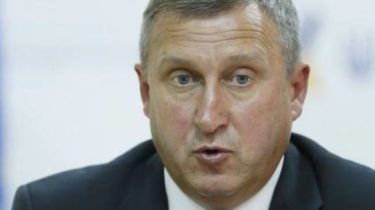 The Ukrainian Embassy in Poland sent a diplomatic note to the Polish foreign Ministry because of the inscriptions on the building of the Ukrainian Consulate in Rzeszow.

This was stated by Ukrainian Ambassador to Poland Andriy Deshchytsia, writes “UKRINFORM”.

“The Ukrainian Embassy in Poland sent a note to the Polish foreign Ministry with a request to investigate the matter and give proper protection to our consular offices on the territory of Poland. In addition, I had a conversation about this with the Deputy foreign Minister of Poland Bartoshem Tsihotsky,” – said deshchitsa.

According to him, police have started the investigation as soon as I got information about the discovery of insulting graffiti.

“They have surveillance video, and hope that it will help to quickly identify the attackers,” – said deshchitsa.

Separately, the Ambassador noted that the incident in rzeszów “fits into a trend that has been observed over the last two years.”