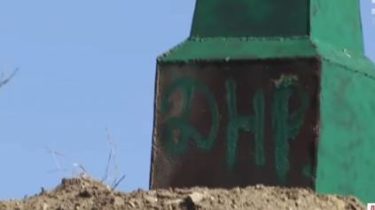 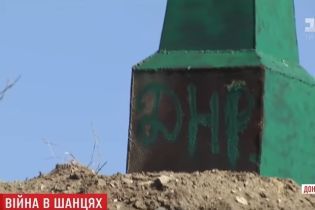 Firing points, a powerful network of trenches, dozens of revetments for tanks – fighters on the arc Svetlodarsk in the area of ATO in Donbas are using the relative calm to build a line of defense at several levels. It can be clearly seen from the air, says the Ukrainian EuroResidence.

Ukrainian soldiers also do not lose time and their strengthening is adjusted to almost the field of architectural masterpieces. When crowbars are powerless – the course is dynamite. Otherwise, dig a dugout or trench is not possible. Broken breed rake shovels and pickaxes. Manually. In sight of the enemy.

Fighters are actively using the so-called truce, to further strengthen. The soldiers work, even when you need to relax. Because while not shooting, have a lot to do. The only thing that depresses – it is a positional war, the team stood and watched.

“Everyone wants to go on the attack – smash everything on the other side, to reach the border and to close it,” says the fighter “Demon”.

To confirm his intentions poured the grave “DNR” – say, let the enemies see that not for long.