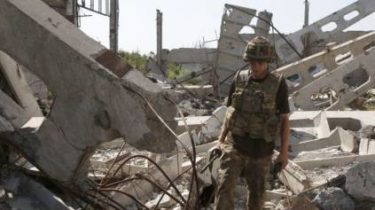 The parliamentary Committee on national security and defense approved the draft law on the reintegration of Donbass.

So, the Committee is instructed to prepare amendments to the bill. It is noted that before the vote, MP Andriy Levus proposed to delete from article 7 of the document mentioning about the Minsk agreements and replace them with words about the resolution of the UN security Council, where it supported the Minsk agreement. So Pashinskiy suggested to create working group which should lead Levus, it will take the document and make voiced his amendment.

According to the report, the majority of Committee members supported this decision and three abstained, one opposed.

Meanwhile, the Committee endorsed and sent back for revision bill No. 7164, which the President proposes to extend for 1 year the law “On special order of local government in certain districts of Donetsk and Lugansk regions”. The head of the Committee proposed an amendment that the act shall take effect only after the withdrawal of all illegal armed groups and technology, but for adoption as a basis and as a whole lacked one vote, Ukrainska Pravda reports.

While in the Opposition bloc criticized the bill. Yuriy Boyko called it that will separate the Donbass from Ukraine, so the party promised to vote against the document. Also not supported the legislative initiative of the representatives of the Kremlin. In turn, the U.S. Embassy supported the initiative on the extension of the special status of the occupied territories.

In terrorist “LNR” and “DNR” protested Poroshenko submitted to the Parliament a bill on the reintegration of Donbass, and said that they Ukraine chooses war.