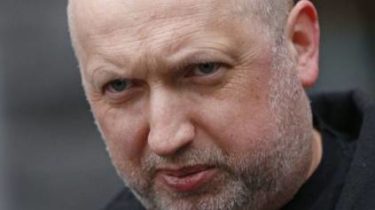 The bill “On peculiarities of state policy on ensuring state sovereignty of Ukraine on the temporarily occupied territories in the Donetsk and Luhansk regions” will create conditions for the effective protection of national security of Ukraine, repel the armed aggression of Russia and the liberation of the occupied territories.

This was stated by Secretary of national security Council and defense of Ukraine Oleksandr Turchynov, reports his press-service.

Gerashchenko has explained, what will help power the new laws on the reintegration of Donbass

“The proposed bill is of strategic importance for our country. It creates the legal and organizational conditions for the restoration of the territorial integrity of Ukraine, full de-occupation of Donetsk and Lugansk regions. Provides a solid and steadfast legal position of Ukraine in international courts, in negotiations, blocking any attempts by the Russian Federation to continue the aggression, masquerading as peacekeepers,” – said Turchinov.

He added that the project defines the Russian Federation as an aggressor state, and certain districts of Donetsk and Lugansk regions – is occupied.

According to Turchynov, the state policy is the liberation of the occupied territories and the restoration of constitutional order; protection of rights, freedoms and legitimate interests of Ukrainian citizens, victims of the Russian aggression; strengthening independence, statehood and ensuring unity and territorial integrity of the Ukrainian state.

“Under the bill approved by the decision of the President of Ukraine on application this purpose the Armed forces of Ukraine and other military formations. It is determined that the direct management of all forces and means that are used to ensure security in the Donetsk and Lugansk regions, is assigned to the joint operations staff of the Armed Forces of Ukraine”, – he said.

We will remind, on the eve of the presidential bill on the reintegration of Donbass submitted to Parliament. Full document title – bill No. 7163 “Draft Law on peculiarities of state policy on ensuring state sovereignty of Ukraine on the temporarily occupied territories in the Donetsk and Lugansk regions”. What Poroshenko offers in the draft law on reintegration, read the link.