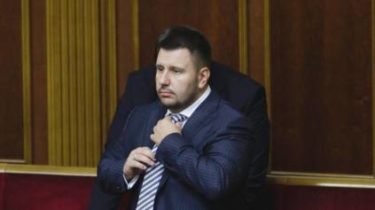 The military Prosecutor’s office handed over to the national Agency for the management of assets seized property ex-Minister of income and fees Alexander Klimenko.

This was stated by the chief military Prosecutor Anatoly Matios, reports Еспресо.TV.

In particular, we are talking about the property, arrested during investigations against criminal organizations Yanukovych Klimenko.

“Military prosecutors seized 154 of the immovable property located in Ukraine, 22 luxury vehicles, 1000 railway wagons with a total value of UAH 900 million, the corporate rights of legal entities in the amount of more than 400 million UAH”, – said Matios.

According to him, in Liechtenstein, meanwhile, was frozen Klymenko and his associates totaling approximately $ 20 million.

We will remind, searches in Ukraine gave grounds to arrest the foreign accounts Klimenko. In the capital searched one of the largest shopping and office centers in the city. A key structure is a group of companies “unison” through which, according to vyskakovaci Prosecutor Anatoly Matios, Klimenko legalized stolen billions of dollars. The company had 100 luxury apartments and 5 houses, offices, land plots, and dozens of high-performance cars, a thousand cars and 4 floors of the shopping center “Gulliver”. In addition, part of these funds went to Finance of the Media holding “Vesti” and on the security company “SKIF”, which, according to security officials, all the while putting pressure on the investigators.

July 14, security forces in several areas simultaneously carried out searches and seizure of documents and computers, firms that associate with the senior era of Viktor Yanukovych. Law enforcement authorities report on the seizure of property related businesses with the ex-Minister of incomes and fees Oleksandr Klymenko.