The Deputy from “Freedom” said that would have burned the Parliament 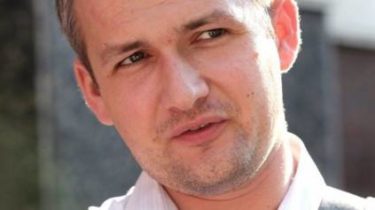 The people’s Deputy from “Svoboda” Yuri Levchenko said from the rostrum of the Parliament, which ignited a smoke grenade in the hall of the Verkhovna Rada.

So he took responsibility for this act.

“I think I did the right thing. Because I would this Parliament burned down, so he did what he does: those unconstitutional things,” shouted the Deputy.

According to Svoboda, the deputies violated his oath when he voted for the law on the reintegration of Donbass.

“I’m the bomb lit and will light many times in order to avoid these traitors here,” warned Levchenko.

First Vice-speaker Irina Gerashchenko, in turn, called for an end to this speech because it “contradicts the Constitution of Ukraine”. After that Levchenko turned off the microphone.

Recall, October 6, the Verkhovna Rada voted for the bill 7164 “On creation of necessary conditions for the peaceful settlement of the situation in certain districts of Donetsk and Lugansk regions”.