Days on Donbass: losses among the Ukrainian military no 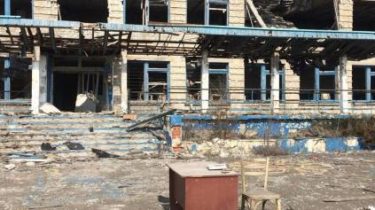 Over the past day illegal armed groups 24 times violated the ceasefire in the Donbass. In the result of combat losses among the Ukrainian military no.

The main terrorist activity is recorded on Donetsk direction.

On Lugansk the direction beaten by the military near Lobachiova, Villages Lugansk, Valuyskiy, the Crimean.

#Topad #Foresnic #Donbas #spokesperson #statement the Construction of the press center of staff ATO in 5.10.2017. At the end of…

Posted by the Press center of staff ATO on Thursday, October 5, 2017

In the coastal areas came under fire positions near Shirokino, Pavlopol, and Water birch.

Earlier it was reported that Marinka in the Donbass intensified, the militants snipers. Ukrainian military say that they are shooting in the Ukrainian soldiers and civilians.