“It is a trifle”: Turchynov commented on the incident with Savchenko during a scuffle in Parliament 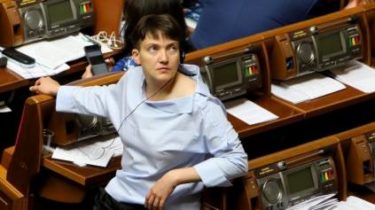 The people’s Deputy Nadezhda Savchenko became a personal enemy of the NSDC Secretary Oleksandr Turchynov after attacked him during consideration of the bill on the reintegration of Donbass.

About this Turchynov said on a talk show, “the Right to Vlad,” on the channel “1+1”.

“I’m asking you. What there is… My personal enemy – is Putin and his criminal entourage. They are my enemies. And this is a little thing that I don’t even pay attention,” he said.

Video”Trifle” Turchynov commented on the incident with Savchenko in Parliament

Recall, October 5, MP Hope Savchenko attacked the NSDC Secretary Oleksandr Turchynov during the session of the Verkhovna Rada. The incident occurred when deputies blocked the Presidium and rostrum of the Parliament, and the battle began.

Turchinov turned on the microphone in the government box, and stated that “there is an attempt to block the decision of the Verkhovna Rada on recognizing Russia as an aggressor”.

“And everyone who does it are now working for Russia deliberately or not deliberately,” he said, urging MPs to stop the brawl and vote for this bill.

Savchenko ran up to him screaming “It’s a lie!” and dramatically lowered the microphone, depriving him of the opportunity to speak further. After that, the NSDC Secretary left the hall of the Parliament.