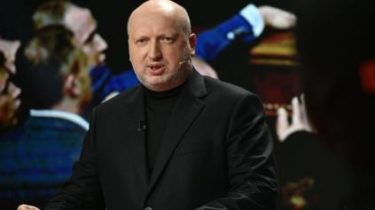 The law on the reintegration of Donbass does not provide for the creation of a “pocket army” by the President of Ukraine Petro Poroshenko.

So the Secretary of Council of national security and defense of Ukraine Oleksandr Turchynov commented on the statements of some politicians, who thus explain their rejection of the law.

“Heard the argument that the President creates a “pocket army” and will disperse the Maidan. Sorry, but this is a lie! The law clearly States that the President uses the armed forces to protect Ukraine, for liberation of the occupied territories only in Donetsk and Luhansk regions,” Turchynov said on a talk show, “the Right to Vlad,” on the channel “1+1”.

The NSDC Secretary noted that the law on the reintegration of Donbass clearly reglamentary form and territory of application of the armed forces.