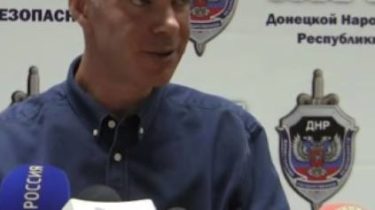 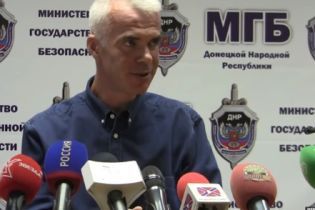 The security service of Ukraine has denied the transition of its current employee on the side of the terrorist organization “DPR” militants said yesterday.

The video made public by the separatist resources to man is “Lieutenant Colonel SBU” Roman Labusova. He claims to have made a few thousand documents relating to the work of Ukrainian intelligence agencies against the separatists and Russia.

In SBU declare that Labusov is a former officer of the SBU, and even a deserter. In July 2016 he not returned to service from planned vacations. Now he is listed in the database of investigation Department of MIA of Ukraine as a deserter.

“An internal audit found that during “rest”, being in an alcohol intoxication, it is the private transport left the territory temporarily annexed the Crimea”, – stated in the message.

In SBU claim that the Labus for their official duties did not have access to documents containing state secrets, and the possibility of their copying.