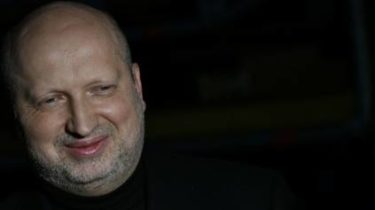 NSDC Secretary Oleksandr Turchynov said that the de-occupation of Crimea remains the priority of Ukraine, however, now combine it with reinterlace of Donbass will not work.

According to him, the liberation of the Crimea and Donbass have different technology.

“The occupation of the Crimea has another format is an attempt to Annex the territory of Crimea, which is part of the territory of Ukraine. There are other approaches, there are other forms. Ukraine will never give up sovereignty over the Autonomous Republic of Crimea. Today there is legislation that recognizes Crimea as occupied territory, clearly prescribes the position regarding the illegal criminal actions of the Russian occupation of the Crimea. As for technology, the liberation of the territory, Yes, it is more difficult, but it will also be implemented,” Mr Turchynov said in a live talk show “Right to Vlad”.

The NSDC Secretary Added that the de-occupation of Crimea and Donbas is “different technological challenges – the scale and technology of their implementation”.

However, the act on the reintegration of Donbass and the Crimea is mentioned. Turchynov is quoted by the 11th article of the bill: “This law recognizes the sovereign right of Ukraine on the temporarily occupied by the Russian Federation the territory of the Autonomous Republic of Crimea”.

“Yes, it is a specific act and it only concerns the liberation of Donetsk and Lugansk regions. And that is what the position of this law”, – said Turchinov.

The NSDC Secretary does not exclude that someday it will be suggested to merge the liberation of the Crimea and Donbass, and it will be done. Now the main task – the recognition of Russia as an aggressor.