In the centre of Kiev October 9, prohibit the traffic 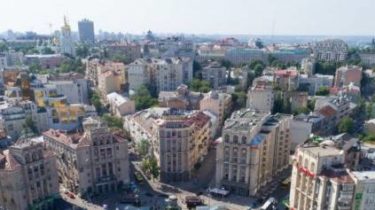 Monday, October 9, in the center of Kiev will be closed to traffic because of the Olympic stadium a football match between the national teams of Ukraine and Croatia.

In particular, this day will be the prohibition of stopping and Parking of vehicles on St. Kazimir Malevich (from street Hood to Ivana Fedorova street) and Grinchenko (from I. Fedorova street to street Kirovograd) from 06:00 on 9 Oct to 01:00 10 October, except vehicles of the participants.

In the capital limit traffic on some streets

Will also be a prohibition of stopping and Parking of vehicles on the Esplanade St from meadow St. to Church St. from 06:00 on 9 Oct to 01:00 10 October;

Videoadvantage capital marathon staged for motorists driveways during the race

From 18:00 on 9 Oct to 01:00 10 October will be banned the movement of vehicles (except passenger transport) at the Esplanade St from the street. To Baseina vul. Saksaganskogo.

According to information, there will also be a ban on movement of all types of vehicles during the March, supporters of Ukraine’s “True team” route: Taras Shevchenko Boulevard, 13 (Park named after Taras Shevchenko) Boulevard of Taras Shevchenko – St. Khreshchatyk – Bessarabka square – Basseyna str. Esplanadna str – GP NSK “Olympic”.

At this time, corresponding changes will be made to the work of city passenger transport of General use under the temporary scheme of traffic organization.

We will remind, in the capital, dozens of streets will block or limit because of the marathon. For motorists, the organizers staged a possible point of travel. They will pass in between the runners. This does not apply to rescue or repair services, they access the destination promise to provide on demand. And until three in the afternoon on Sunday, more than four dozen streets and squares will be closed to all.