Not jumped a red light. In Kiev in the middle of the night faced four cars 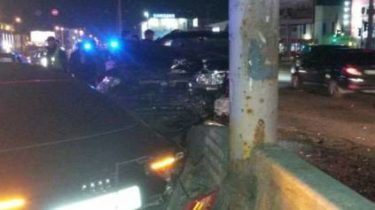 Late in the evening of Saturday, October 8, in Kiev, at the intersection of Stepan Bandera and Obolon was a large-scale accident, in which he faced four cars.