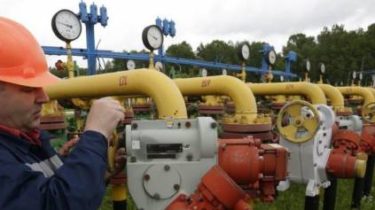 Ukraine next week will offer the International monetary Fund a new formula for calculating gas prices for the population.

According to this formula, the price will remain unchanged until July 2018, according to Reuters, citing sources.

The Cabinet of Ministers postponed the promulgation of a new gas price for the population. What this means

If, during a meeting in Washington, Finance Minister of Ukraine Oleksandr danylyuk and the IMF do not agree, then, according to the Agency, Ukraine will have two options: the first is to fulfill the requirements of the Fund.

The second option, as said the interlocutor of the Agency, is “to say that we can live without the IMF”, to make a political decision and not pay attention to the cooperation with the Fund.

Sustainable gas pricing and reform of the pension system is one of the conditions for the allocation of Ukraine long-term credit tranche from the IMF in the amount of 17.5 billion dollars.

Under the new proposal of the Ukrainian government, the price of gas will rise by 4.8%, the increase proposed in the framework of cooperation with the IMF, 17.6%. Thus, the new formula, which the Ukrainian side is going to offer the IMF, will allow to avoid growth of prices for gas on 15%.

Earlier, the government delayed the publication of prices for gas for the population on the level of import parity in the period from October 1, 2017 March 31, 2018. This means that Ukraine continues to operate while the old value (its final figure for domestic consumers – 6957,90 UAH per thousand cubic meters).

As reported, according to the methodology for determining the cost of gas import parity established by decree No. 187 dated 22 March 2017 from 1 October 2017, the price of gas for the population and CTV would have to grow by 17.6%. This mechanism was agreed with the IMF earlier this year.