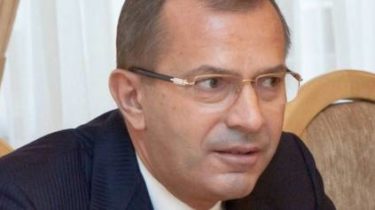 Property and Bank accounts of the former Secretary of the NSDC, the former head of the presidential Administration Andrey Klyuev and his brother Sergey are arrested in the course of criminal proceedings, investigated by the GPU in Ukraine, and abroad.

This is with reference to GPU, writes UNN.

“To ensure criminal proceedings on the property, including Bank accounts of suspects (Andrey and Sergey Klyuev – Ed.) on the territory of Ukraine and abroad, the arrest”, – stated in the response to the request.

In turn, the GPU did not specify in which countries the seized property brothers Klyuev and for what amount.

In particular, the Ministry added that the PGO carries out pre-judicial investigation in criminal proceedings on suspicion of Andriy and Serhiy Klyuev, committing several criminal offences.

“In conjunction with failure to find the whereabouts of the suspects declared wanted,” – said in response to the request.

We will remind, on June 21, the GPU was informed that on June 1 with the aim of establishing the whereabouts of the suspect Andriy Klyuyev, the judge of Pechersky district court of Kiev granted permission for a search in a residential house, which according to registration service belongs to him and is located in the village Kozin. Then the operative group consisting of employees of the Prosecutor General, National police of Ukraine arrived at the address for investigation.

The former head of the presidential administration Andrey Klyuev is one of the suspects in the beating of participants of Bromide, there is evidence that he is in Russia. Verkhovna Rada Deputy, ex-“regional” Sergey Klyuyev held on several Affairs, including with respect to fiddling with the decorations of the residence of Yanukovych in Mezhyhirya.