In Kiev, the vandals poured paint over the office of the Deputy Chumak 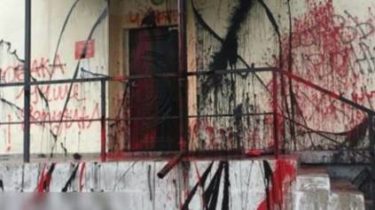 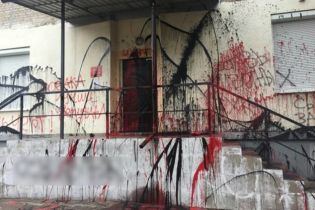 In Kiev, the vandals poured paint and painted a public reception extra fractional people’s Deputy of Ukraine Viktor Chumak, which is located at vul. St., 18.

About it reports a press-service of the Deputy, transfers UNIAN.

The incident occurred this morning, October 8. Unknown poured paint over the wall and made writing offensive and threatening.

In turn, the police of Kiev has told, that now continue the search actions directed on establishment and detention of the suspect.

“On this fact the investigative Department of Dneprovsky police Department opened criminal proceedings under part 1 of article 296 (hooliganism) of the Criminal code of Ukraine. The offender is threatened by restriction of liberty for up to five years,” says Poole.

Later, the Ukrainian Embassy in Poland sent a diplomatic note to the Polish foreign Ministry because of the inscription on the building of the Ukrainian Consulate in Reseve.