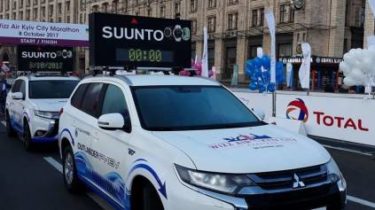 Police in Kiev have confirmed the information that during the race at the marathon Wizz Air Kyiv City Marathon, the man died.

This writes the 112 Ukraine.

In particular, the Deputy chief of Department of communication of the police in Kiev, Jan Nerush said that the deceased was a citizen born in 1963, born in the Ternopil region.

Athlete who was the first woman ran the Boston marathon, returned to the start in 50 years

“He suddenly felt bad, he fell. Witnesses called to the scene medics and police. Medics who arrived on the scene, pronounced him dead men. The final cause of death will be known after carrying out is judicial-medical examination”, – told in police.

Also Nerush added that this event is registered with the legal qualification of “sudden death”.

Earlier it was reported that in Lutsk in the race “Luchesk half marathon 2017” has died 24-the summer party.The tragedy occurred during the completion of the marathon. Emergency doctors within an hour tried in vain to save the life of a man.