Ukraine is important to get rid of corruption, to gain strength to confront Putin – Kerry 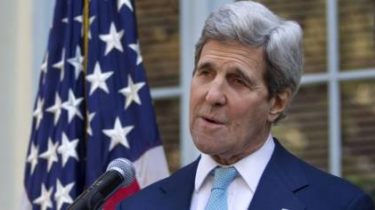 The former head of the US state Department John Kerry in an interview said that Ukraine is critically important to rid of corruption is the traditional country method of “solving issues”.

He said this in an interview with “New time”.

According to him, a successful fight against corruption will contribute to economic growth.

“Corrupt officials to deny immunity. Otherwise people will cease to believe in Ukraine, it will be very difficult to provide the conditions for economic growth. And for the Ukrainian economy now is the time to grow, a country needs to gain strength to confront all that Russia and its President Vladimir Putin are going to do in the future. Here we have the intersection of economic motives with the interests of national security,” said Kerry.

Former Secretary of state noted that Ukraine needs an independent judiciary that would prosecute for violation of the law, for any corrupt practices. Also, he added, the country needs independent prosecutors are able to investigate crimes.

Recall, October 3, the Verkhovna Rada approved the bill, which will start the judicial reform and provides for changes in several codes, as well as innovations that has caused a stormy debate.