Director of the subsidiary has paid 5 million bail 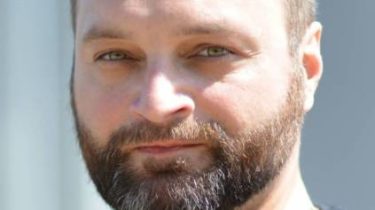 The company “Smart-holding” bailed Vadim Mokhov Director of PJSC “Ukrgasdobycha”, which is part of the Smart Energy people’s Deputy from “Opposition bloc” Vadim Novinsky. About this informed the head of the PR Department of the company Yevgeniy Zagorulko.

Earlier, Kharkiv regional court appointed Mokhov a measure of restraint in form of arrest with the alternative of a bail of 5 million UAH.

Lutsenko admits another representation on Novinsky

“This morning, Smart-holding has bail Director of PJSC “Ukrgasdobycha” (Part of the Smart energy) Vadim Mokhov. Last Friday he was on fabricated evidence thrown behind bars. SBU did all that the Deposit has not had to make until the weekend,” wrote Zagorulko.

He also wrote that moss allegedly pressured. In “Smart-holding” believe that there is reason to believe that the security service will prevent the dismissal of the head of the subsidiary following the posting of collateral.

Earlier the security Service of Ukraine conducted searches in the office of the company “Smart-holding” in the context of criminal proceedings for misappropriation of assets of PAO “Nikolaev shipbuilding plant “Ocean”.