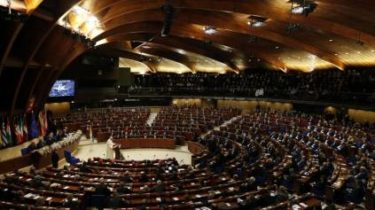 The parliamentary Assembly of the Council of Europe finally adopted the holding of Thursday morning, 12 October, the debate regarding the language provisions of the seventh article of the law “On education” in Ukraine.

For a decision voted 100 members of the PACE out of 134 in the audience, wrote UNIAN.

The vote was held in the framework of PACE fall session, which runs from 9-13 October in Strasbourg.

Before the vote, the Chairman of the session.. PACE President sir Roger Gale said that for approval of the decision of the PACE Bureau should have at least two-thirds of the votes from a majority of the members present PACE.

The Chairman of the permanent delegation of Ukraine to PACE Vladimir Aryev has opposed this decision.

Earlier it was reported that the Council of Europe experts welcomed the law on education in Ukraine, which criticized the governments of some neighboring countries.