In Kiev under the threat of closure of about 30 colleges and schools. 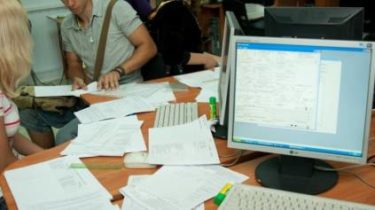 MP, Advisor to the Kyiv mayor Dmitry Belotserkovets said the threat of closure 29 of the capital of colleges and schools for lack of funding.

Became known the time of registration and the EIT-2018

“29 educational institutions of Kiev I-II category may be subject to closure in 2018 due to the fact that in the draft budget for the year 2018 provides for their funding. The only region of Ukraine, which does not provide for the necessary subsidies for 2018, this is Kiev,” wrote Belotserkovets.

According to him, the amount of subsidies needed – 271 million.

“The transfer of schools to balance the city without a transfer of funding can really lead to instant closure,” – said the Deputy.

According to the MP, in this situation you must either leave the state financing of these educational institutions of I-II categories (Belotserkovets also released a list of colleges and schools), it is possible to provide other version of the budget code and the draft state budget, or to provide the necessary subsidy in the state budget by 2018.