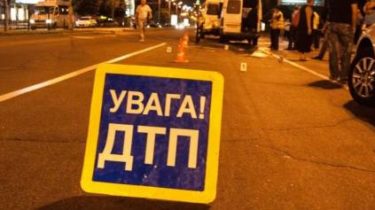 After rain and wet roads in Kiev there was a few accidents with victims.

For example, in a road accident at Victory square in the collision of two Opel the child suffered. It is hospitalized in the “Hospital”.

“On-site work by the police. The task force will be in an hour and a half – turn of the accidents with victims”, – stated in the message on the social network.

Vice Prime Minister of Kyrgyzstan died in the accident

Of road accident victims in Kiev on Victory square: in the collision of two Opel the child suffered. Hospitalized in the Okhmadyt children’s hospital…

And on the Lot is a large accident injured seven cars.

Also there were many small accidents.

Working on large-scale accidents on the Lot . 7 cars. In Kiev three accidents with victims: victory, Victory and Solomenka. Post…

We will remind, in Kyiv region in road accident with bus of national guard military was lost, 8 more people were injured. Two minor injuries have been immediately released. The third, assisted on an outpatient basis, too, he had left home.

In turn, the two victims are in intensive care. One of them is in a stable condition, now the issue of transporting him to a military hospital.

Military in critical condition was transported to the Kiev Institute of neurosurgery after a severe traumatic brain injury.