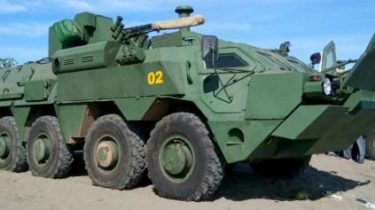 According to the army, the government plans to increase financial resources for modernization and purchase of new equipment. “The contract will be signed on Sakaki BTR-4E latest modernization,” – said Poltorak. In addition, according to him, the APU will increase the order of the anti-missile systems “Stugna” and “Le Corsaire”.

“In addition, given the financial resource that the Ministry of defence received in the summer, now is the procedure for signing contracts and start the production of tanks “Oplot”, – stressed the Minister of defence.

Poltorak said that the Ukrainian army is already provided with equipment that allows to carry out combat missions. “But we all understand that technology needs to change, to undergo modernization. The advantages that we see for the next year, this is air defense, antitank weapons, electronic warfare, unmanned aerial vehicles, and other areas that will greatly enhance the combat capability of our Armed Forces,” – said the Minister.

Earlier, the chief of the General staff of Ukraine Viktor Muzhenko said that the Ukrainian tankers will receive the modern cars of domestic production. “Technology will be updated with modern tanks “Oplot”. Or by the end of this or next year will go into service”, – he said.