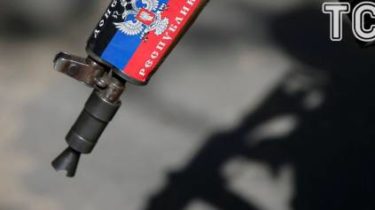 The militants of the terrorist organization “DNR” two residents of Donetsk – a man and a woman – were sentenced to 14 years in prison for “espionage in favor of Ukraine”.

About it report “news of Donbass” with reference to the separatists.

The militants claim that the condemned from February 2015 collected and transferred to the Ukrainian intelligence information about the movement of military equipment and deployment of the separatists.

Russian special services tried to recruit a citizen of Ukraine

According to the statements of terrorists “DNR”, the initiator of “spying” has become a citizen, She bowed citizen P. to cooperate with the Ukrainian scouts.

We will remind, fighters of the terrorist organization “DNR” said that missing in the occupied Donetsk Ukrainian journalist Stanislav Aseev (Vasin) is detained. He is accused of espionage, as well as all previously detained journalists. On these charges he can “condemn” for 12-14 years.

Videoroliki spy told about the recruitment of officers of the SBU