The ride will be scouts and spies. Turchinov commented on the ban on the travel of civil servants in Russia 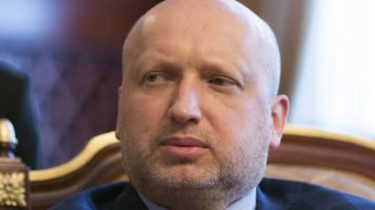 NSDC Secretary Oleksandr Turchynov expressed the opinion that after the recognition of Russia by the aggressor state from the territory of Ukraine there will be able to enter only people who carry out special missions.

“When this country recognized as the aggressor, there will go only scouts and spies. Yes or no? If he’s a scout, we’ll find out how to smuggle it there. If he is a spy, then nothing to do… I think that after the recognition of the (Russia – Ed. ) as the aggressor to go there will those people who carry out specific functions,” he said, commenting on a bill to ban Ukrainian civil servants to travel to the Russian Federation.

In addition, Turchinov emphasized the activity of the “fifth column” to destabilize the situation in Ukraine. According to strongman, it also manifests itself in terrorist activity.

We will remind, earlier the Verkhovna Rada has registered a draft law, which provides for a temporary limitation for Ukrainian civil servants on leaving the country-an aggressor – Russia. MPs propose to temporarily ban travel to Russia by the staff of the national security Council and defense of Ukraine, public officials and members of the Cabinet of Ministers of Ukraine. For violation of the prohibition is proposed to punish by fines or dismissal.