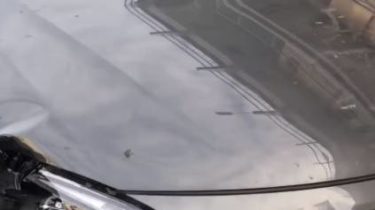 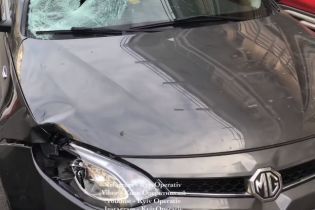 In Kiev Obolon car Morris Garages got killed by a girl on a pedestrian crossing.

“Fatal accident at prospect Obolonskiy, near DreamTown Mall. The driver of the car MG says that she abruptly popped up on the crosswalk and he had no time to react”, – stated in the message.

Fatal accident at prospect Obolonskiy, near the Mall #DreamTown. Video: https://youtu.be/D1TN_6D4EM8 the Driver of the vehicle…

It is also noted that after a collision with a person the car stopped 20 metres from the pedestrian crossing, and the girl for a few meters, dropped to the sidewalk, where she hit her head hard.

As a result of arrival the girl 1984 year of birth from the received traumas has died in the ambulance.

We will remind, earlier in the capital at the Boryspil highway, a woman took his own life by throwing himself under the wheels of the truck. The woman arrived on the scene the car “Volkswagen” parked it along the road, when a van pulled up, jumped under the wheels. Among the belongings of the victim found in the car a suicide note.