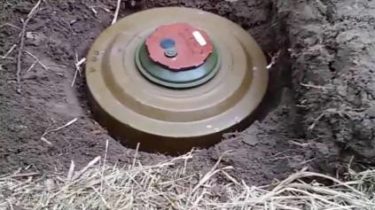 Near the village of Betlanovce in the Donetsk region on a mine exploded under two of sapper militants.

“In the area Batmanovki (South of the village – approx.ed.) as a result of blasting on fragmentation protective mine OZM-72 killed two deminers invaders”, – he wrote.

According to Tymchuk, the mercenaries tried to make a pass in mine-explosive obstacles, however, struck a mine, which was established earlier the militants themselves.

Now the bodies of the sappers delivered in Yasinovataya.