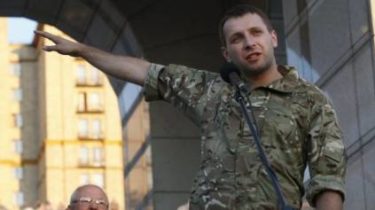 Also in Russia has said that citizens of Ukraine Volodymyr Romantsov, Alexey Bakay Vladimir Nazarenko involved in the attack in 2014 on the Russian Embassy in Kiev. They “took an active part in the deliberate destruction of property of the Russian diplomatic mission, and the latter also participated in the desecration of the national flag of the Russian Federation”.

“These persons put on the international wanted list, and on the petition of a consequence the court concerning them in absentia preventive measure in the form of detention”, – stated in the SC.

Earlier it was reported that the Ministry of internal Affairs of Ukraine has addressed in the Interpol with the request to forbid inspired by the Russian party “political persecution” of ex-Prime Minister Arseniy Yatsenyuk.