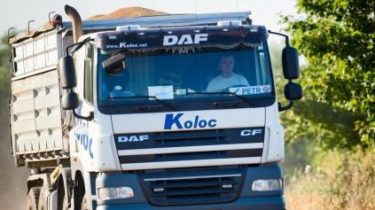 The militants “LNR” export to Russia Ukrainian feed grain of the current harvest.

“From “LNR” continues to be exported to the territory of Russia the grain of the current harvest,” he wrote.

According to Tymchuk, in particular, was seen 15 to 20 trucks of grain a day through the town of Krasnodon and Izvarino.

“On some days up to 30 cars. Cars mainly from Rostov (Russia). Grain mainly forage,” added the MP.

Earlier, the Association of farmers and private landowners predicted that in the coming months in Ukraine is 20% more expensive bread, milk and meat. Also increase the price of vegetables. As predicted by farmers in October borshchova set of more expensive at least in half. And all because of the decrease in Ukrainian production of these crops.