Promotions, bonuses and the pursuit of status: what emotions drive the Ukrainians during shopping 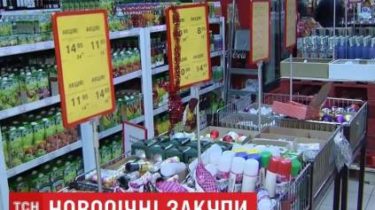 The Nobel prize in Economics was awarded to Richard Thaler, who showed that world markets are not run by clear calculation and scientifically proven expediency and simple human emotions. Trade is moving due to the desire to obtain good emotions when buying a product that common sense would never have given permission to purchase, according to a story TSN.19:30.

People being shares and buy for a tidy sum, for example, an annual subscription to a sports club, and then come back only once. “I’ve developed some other people that said no, you don’t need it, life is too short” – says the hostess. This is a typical behavioral Economics in action when one person in the middle of each one plotting and the other acts. Economist Volodymyr Vakhitov says that this second person is always in charge. And this is what allows the big banks to force people to the “gold cards”, which give no real bonuses, the shops sell, for example, an extended warranty on appliances etc.

Sales consultants in stores recognized that the vast majority of customers when choosing goods really do not know what they want. Instead of having to buy do the right thing, we are talking about the desire to improve their social status, to look smarter than others, but people do not like to change and make decisions. A real example: the nutritional situation of children in schools at the cave. Two adjacent have the same budget funding, but one not afraid of change and agreed to a Breakfast buffet, while in the other children eating the standard Soviet times Breakfast. Although parents are afraid of innovations, given children’s propensity for sweets, experience shows that they are actually children on the buffet to eat less and consume healthy food more often, whereas in a nearby school at least a quarter of the mandatory products is the same in the end in the trash.

The Nobel prize in Economics was given to Obama Advisor

A simple change of settings in the first school has achieved almost total absence of residues and significantly improved the mood of the students. Economist Vakhitov said that as governments in developed countries are trying to increase revenues, and corporations – their profits. Because I realized that people tend to behave irrationally and even downright weird, and from this we can extract their profits. In Ukraine, while the state relies solely on logic and calculation.