Became known, when Ukraine expects to obtain the opinion of the Venice Commission on the law “On education” 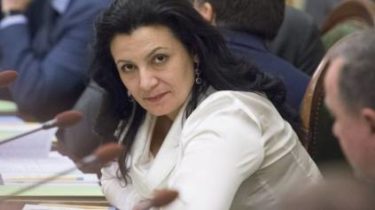 Conclusion of the Venice Commission on the law of Ukraine “On education” should be in December, said Deputy Prime Minister for European and Euro-Atlantic integration of Ukraine Ivanna klympush-Tsintsadze.

About it writes “Interfax”.

“I suspect that not all the steam will be released, even when in December we will receive the opinion of the Venice Commission. Convinced that further attempts to inflate the story with one side or the other,” said Klimpush – Tsintsadze.

Earlier, Romania and Hungary, criticized the Verkhovna Rada adopted the law on education, believing that it violates the rights of national minorities in Ukraine. For him in 2020 in the country will be fully Ukrainian. In response, Hungary has already threatened Ukraine with sanctions from the EU.