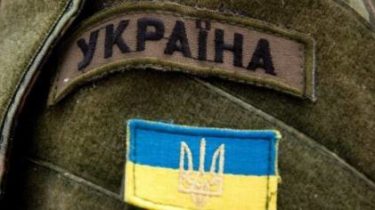 A soldier of the Ukrainian Armed forces, which detention was announced by Russian FSB may self-willedally left military unit in the ATO zone.

This was in the night of October 11, the press center of staff ATO.

It is noted that on 6 October, the military left the location of his unit. He has not issued the relevant documents, but received a verbal permission from the commander to go home for family reasons.

“Military law enforcement office is conducting an internal investigation into the unauthorized abandonment of a military unit to the military. As well as taking measures to search for and ascertain the whereabouts of the soldier”, – stated in the message.

We will remind, on 9 October in the border service of the FSB announced the arrest of the men, who was on the other side of the Russian border to Lugansk. According to the Russian side, the man introduced himself as a serviceman of the Armed forces of Ukraine. Russian security forces are supposed to check how he got on their territory.

On the afternoon of 10 October, or in the Armed forces of Ukraine, nor in the border service has not confirmed the disappearance of the military.