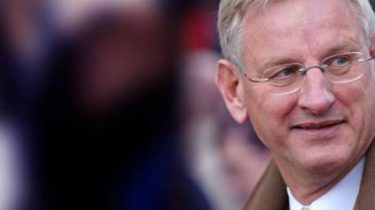 The revision of the Association Agreement between Ukraine and the EU, which Hungary is threatened because of the Ukrainian law on education, is categorically impossible.

This was stated by former Minister of foreign Affairs of Sweden, co-chair of the European Council on foreign relations, Carl Bildt, reports Radio Liberty.

“No, that’s impossible. The Hungarians took the habit home to dirty political game, as they already did a few years ago in Slovakia. They also behave in relation to Romania. It is nothing like a dirty nationalist policy, which plays Hungary”, – he said.

Former NATO Secretary General and Advisor to the President of Ukraine Anders Fogh Rasmussen also believes that the revision of the Association Agreement impossible.

“Even from a legal standpoint, I’m not sure the Hungarians can re-open the discussion of the Association Agreement. It ratified, came into force and return to his watching is impossible,” he said.

Rasmussen added that he sees no problem in the Ukrainian education act.

“The Hungarians, in my opinion, has not provided any evidence of signs or examples of what this law is contrary to European principles,” – said the former Secretary General of NATO.