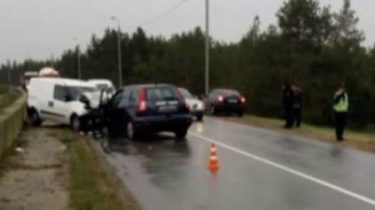 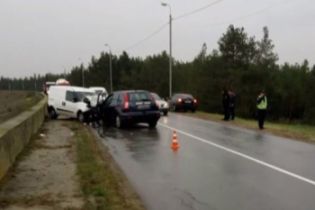 Near the Kiev sea, the SUV jumped into the oncoming lane and collided with a minivan, whose driver died on the spot. This is stated in the story TSN.Night.

Videoizle Kiev sea there was a fatal accident

The deceased was 52 years old, the driver of the second car – in the hospital. According to preliminary data, his name is Andrey Avdeenko. He calls himself the Admiral of the Navy, academic, and sometimes a prophet of the Hortitsky regiment.

Witnesses of the accident say Avdeenko after the accident he behaved very emotional, at first refused to Express the alcohol test, but then still agreed. Results not yet announced.

The aggrieved party argues: the son Avdeenko – the head of Prosecutor’s office of Pechersky district of Kiev, and I am afraid that the case will not move. Avdeenko now in the hospital, he underwent surgery, his wife declined to comment.

In Kiev there was an accident at the intersection

A man who was a passenger in the minivan, whose driver was killed, said: to avoid a collision was impossible.

“We drove along the Causeway towards the car flew directly into the oncoming lane. We give the right to the right have no place, in the same river and he ran into us. This fraction of a second, I don’t know what speed he was driving, but it’s just a horror,” the victim told Anatoly Slabouz.