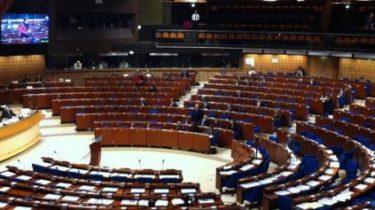 The resolution, which took PACE regarding the Ukrainian law on education, is not a tragedy for Ukraine.

This was stated by the Chairman of the Ukrainian delegation to the parliamentary Assembly of the Council of Europe Volodymyr Ariev, writes “Interfax-Ukraine”.

According to the Aryans, and in the resolution and during the performance, members of the Assembly welcome the fact that the Ukrainian side voluntarily sent the text of the law on the analysis to the Venice Commission.

“I believe that the attempt of this report was political,” – said the head of the Ukrainian delegation.

“The Assembly recommends to the Ukrainian authorities to reconsider the question of minority languages in education, taking as a basis a flexible model of bilingual education for all persons belonging to “indigenous peoples” and “national minorities” that was not discrimination. In practice, the possible benchmark may be at least 60% of the curricula in the Ukrainian language and 40% – in the languages of national minorities”, – consider in the PACE.