In Kiev in the reservoir found the body of a man 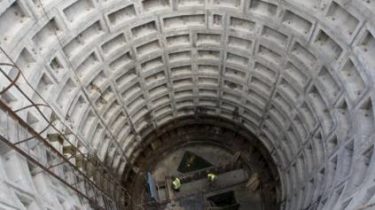 In Kyiv on Osokorki in the collector found the dead man.

About it reported in GU gschs capital.

In Kiev on the bridge, the car rammed the moped, the driver of “two-wheeled” killed

As noted, the rescuers got the body of a man from the collector by means of a rope and handed over to the police.

Now the police establishes all circumstances and causes of death of men.

We will remind, earlier in the Svyatoshinsky district of Kyiv found the body without a head. The body was found by workers of heating systems in the dug through repair work on the pit. According to preliminary information, the dead body lay there for about a week.