Russia has used Facebook during the invasion of Ukraine – media 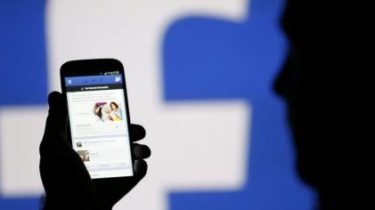 Russia has used Facebook during the invasion of the Ukraine to remove the Pro-Ukrainian comments on the social network and to deprive the Russians of competition in the information space.

This is stated in the plot of the American TV channel MSNBC, which refers to the publication the Daily Beast, reports Voice of America.

“Russian information warfare operatives used an amazingly successful technology to remove the Ukrainian voices from Facebook, and to deprive the Russians of competition in the information space during the invasion of the neighboring country”, – said the host of MSNBC.

Facebook reported on the Russian political advertising. The most important thing

This technology was the fact that the Russians have found in Facebook Ukrainian activists who defended the position of Ukraine in the conflict, complained of their messages. Whatever the message, or photo, they argued that it was pornography, or another category of messages that Facebook needs to block.

Such complaints were addressed hundreds of times against each of the Ukrainian activists, which led to the prohibition of their access to the resource.

Facebook reported on the Russian political advertising. The most important thing

“Thus, Facebook helped the Russian government to stifle the voices of opposition to Russia at that time, as Russia carried out the invasion,” according to a story on the American channel.

“This is 100% true. Many of us in the State Department was trying to help colleagues in Ukraine, Georgia and elsewhere. Facebook just wasn’t responsible,” she wrote on Twitter.

Russia was buying ads in Facebook, but the impact on U.S. elections was relatively low, CEO of Avast

ВидеоFacebook against Russia: Zuckerberg gave Congress data on advertising which was ordered Moscow

We will remind, the chief of the security service Facebook Alex Stamos said that trying to track the relationship between the possible intervention of Moscow in elections in the United States and the ads in Facebook, the social network found approximately 470 fake accounts and pages that from June 2015 to may 2017 bought about 3 thousand ads for a total amount of 100 thousand dollars. These accounts and pages were linked to each other and probably acted out of Russia. The Kremlin said that allegedly had no relation to intervention in the American elections through social networks.

The Department of homeland security reported that 21-state of the United States of America suffered attacks from Russian hackers during the presidential elections in 2016. The Agency did not name the States that have been subjected to hacker attacks, but one of them was Wisconsin one of the key States in the election.

The ethics Committee of the US Department of justice approved spectracolor Robert Mueller to investigate the case of a Russian intervention in the American elections. Already former US presidential Advisor for national security, Michael Flynn and advocate Donald trump, Michael Cohen received a summons from the intelligence Committee of the U.S. house of representatives in the case of the investigation of RF interference in the elections.

The founder of Facebook mark Zuckerberg also said Russian intervention in elections in the United States and gave Congress information about advertising, which ordered the Russian Federation.

The investigation lasts for a long time. In early December, 2016, the CIA stated that Russia is deliberately carried out attacks during the election race, to help Donald Trump win the election, not in order to undermine the credibility of the electoral process of the country. In the investigation established the identity of those who were closely associated with the Russian government and WikiLeaks leaked thousands of messages of Democrats, including mail to the Chairman of the election campaign of Hillary Clinton.

Recently, Russia threatened to block Facebook. The Department stated that the popular social network does not adhere to the Russian law on personal data.