Suspected of bribery of police chief of security job 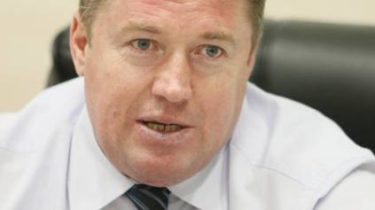 The Kyiv court of appeals reinstated the chief of the police Department of protection Sergey Budnik: he is suspected of receiving a bribe.

This is stated in the materials of the court, transfer “Ukrainian news”.

The court considered the appeal on the court decision, according to which Budnik was removed from office.

The General Prosecutor’s office stated that this decision is justified because the chief of police security in his position has the ability to hinder the criminal proceedings by exercising unlawful influence on witnesses, destruction or forgery of documents.

The court of appeals decided that the prosecution did not prove the actual existence of such risks.

We will remind, in August the employees of the GPU in conjunction with the SBU and Nicoletia exposed on a bribe of the chief of the police Department guard of Ukraine, General of the third rank Sergey Budnik, who through the intermediary demanded, in addition to formal payments, more than 80 thousand hryvnia per month for the provision of physical security. Since June of this year, he managed to get more than one hundred seventy thousand.

Pechersk district court elected him a measure of restraint in form of detention with possibility of bail with a size of 128 thousand hryvnias. He went out into the wild.