“I’m exhausted”. The mother was detained, the FSB, Ukrainian border guards were not allowed to son 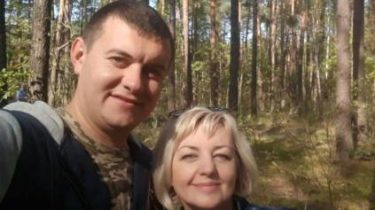 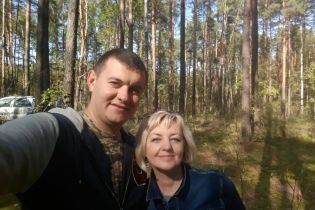 The mother of the Ukrainian border guard Bogdan Marcone, who was detained by the Russian FSB and supratoral in jail, was not allowed to see her son. About it the woman said in comments to the correspondent of TSN.

Alla Marconi are unable to see his son, but gave him and another person to the border guard – Igor Jubaku, products and things.

“Till date I was not given again. Said Monday and Tuesday. Just got out of jail, passed on the transfer of Igor and Bogdan. I have to share, I can’t have one to give, another not to give. He, too, mom, just that she can’t come,” explained the mother of Bogdan.

In prison she explained that the investigator who conducts the business of border guard, not today. The woman will have to return to Moscow next week to go back to Bryansk remand prison.

The money to pay for the services of a lawyer Alla Marconi lent. Says wanted to get a job in Russia, where he now resides, but due to the resonance of her son’s case was refused.

“At work I will not take this matter publicly, people are afraid,” she explained.

The mother of border guard explains that prior to his arrest was going a long to be in Russia and wanted to return to Ukraine, to babysit grandchildren. What conditions in the jail keep Ukrainians woman really knows.

“I don’t know, I don’t believe anyone. On the first floor, where their parcel, it’s warm, as I said, the repairs did there in the refrigerator. Don’t know true or not” – said Alla Marconi.

Works with border, a lawyer from Russia, but a lot about the case, his mother says.

In Russia, the FSB detained Ukrainian border guards refused to let the Consul

“She says I can’t tell you everything. If you were local, citizens of Russia, I would have told you all, and can’t,” she explained.

The woman contacted former lawyer Hopes Savchenko Ilya Novikov, however, said that “close does not have the finances” to pay him.

Now she uses the services of female lawyer, and help the Ukrainian consuls. Diplomats are not allowed to meet with the detained Ukrainians.

As previously reported, two of the guards disappeared during the monitoring of the border in Sumy. The incident occurred near the village of Nobtrusive. In that direction, says Advisor of the state border service Oleg Slobodyan, border guards noticed a suspicious movement and went to the scene. About 8 PM with the officers of the disappeared link. The search continued all night and half a day, while Russian media have published information about the detention of two Ukrainian servicemen. The Russian FSB was not allowed Consul of Ukraine detained two Ukrainian border guards. According to operational information, the Russian Federation has already held a court against the Ukrainian border guards – review was on articles regarding “illegal border crossing” and “malicious disobedience to employees of law enforcement body”. The court’s decision – 2 months in custody.