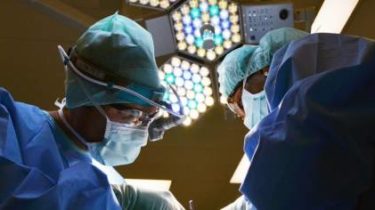 The Verkhovna Rada during voting next week will support medical reform.

“We are in for a whole year not only conducted active outreach company in the mass media, have made a lot of trips to the regions. We worked with the Parliament, with all the factions, with individual deputies. Personally, I’ve had dozens of meetings with MPs. And I want to say: I feel that the hall of our reforms is to support. and next week, when the time comes to decide, this support will be on the Board of the Verkhovna Rada “, – he said.

How to treat in France: luxury insurance, and long time using

In particular, Kovtonyuk noted that we are talking about changes in the health system, incorporated in the bills No. 6327, No. 6604, and the bill on rural medicine No. 7117.

In turn, presenting the results of nationwide sociological study of the attitude of Ukrainians to medical reform, conducted by the Socis head of the Analytics Department of this company Mr. Alexander Jaskowski reported that 89% of Ukrainians are expecting radical changes in the health care system. Thus support changes in rural local was expressed by 68% of respondents in the cities is 65%.

“This result means that rural people have much worse access to medicine than in the city”, – the expert believes.

He also said that, according to the survey, 80% are not satisfied with the state of medicine.

“Only 7% of Ukrainians said that they get completely free medical services,” he said.

At the same time, he noted that the health reform support 31% of respondents, and 33% support it partially, 28% do not support the proposed madrepora, and 8% refused to answer.

Chairman of the public Council under the Ministry of health Lesya Litvinova noted that “people are afraid of change don’t understand.”

Recall the key points of the medical reform is : the money follows the patient, doctors are paid for services rendered, medical insurance, choose a family doctor, international treatment protocols. This document needs to launch a new funding model. It involves changes in the financing of treatment, in particular, creation of the system of state social medical insurance. The insured person can obtain medical services and medications fully or partially at the expense of the state solidarity of health insurance in healthcare institutions of any forms of ownership and individuals-entrepreneurs. Among the new products that should bring reform in the field of medicine, will be the increase in wages and new equipment for ambulance crews.